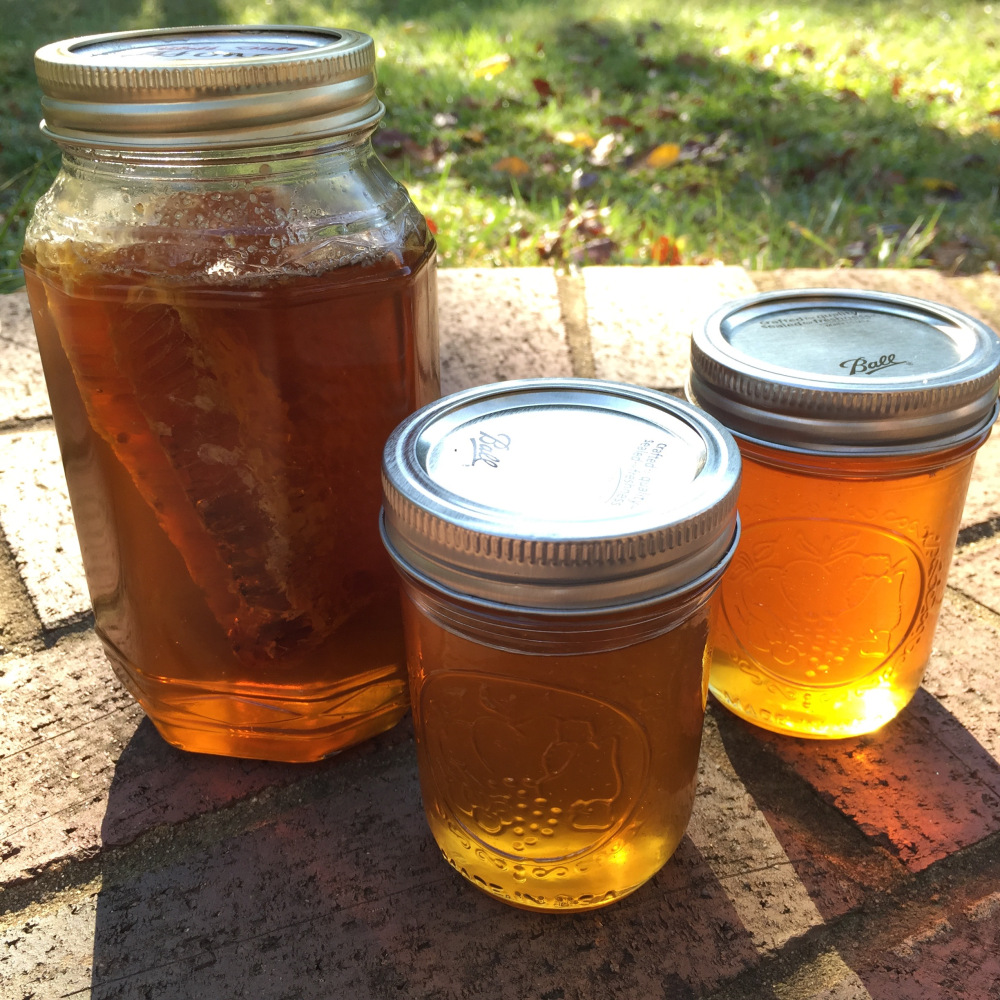 Right around mid September in these parts the heat of the summer winds down, and for those who keep bees, it’s the perfect time to gather that golden elixir they’ve been nurturing for months.

So the beekeepers haul out their equipment and prepare for a sticky weekend of cutting open portions of their hives — not too much, mind you, as the bees need stored honey to make it through the winter — and letting its sweetness flow.

We (eaters, cooks, bakers), of course, are the beneficiaries of this hard work. The work of the bees and the work of the beekeepers. And right now might be the best time in human history to be us.

For while collecting honey is as old as humanity itself, appreciating the miracle that is a jar of local, raw honey is a fairly new phenomenon.

For decades, honey was honey, often squeezed from a plastic bear purchased from the supermarket. Little was known about where it came from or what it was made of. In fact, commercial honey is still an amalgam of honey from around the world, boiled down to one, uniform flavor: sweet.

But as the health of honey bee colonies began to decline in the 1980s and continued to worsen until even today, with enemy after enemy attacking and reducing the honey bee population, people began to envision a time when honey might be no more. Which made folks from all walks of life begin to see what they’d taken for granted in a new light.

The threat to the bees stirred doctors and professors and gardeners — even governors and presidents — to become small-scale beekeepers.

But it also changed the way those who eat honey viewed this all-natural sweetener.

Like wine and chocolate, coffee and oysters, honey, we now understand, can taste distinctly like the place it’s from. If the terrior of wine describes the air and soil in which grapes are grown, honey’s terrior speaks to the nectar and pollen collected by the bees. Sometimes a hive will gather from a cross-section of plants in as great as a 5-mile radius. So the honey becomes the combined taste of a farm, a neighborhood, a community.

But some bees will visit plants of only one type, creating a flavor that’s incredible to wrap your mind around: It’s the taste of clover or lavender or sourwood that is not the taste of the plant itself. It’s the bees’ recipe, the bees’ concoction, the bees’ take on clover or lavender or sourwood. So honey becomes a new way to eat buckwheat or blueberries or orange blossoms. But it’s not even as though every batch of buckwheat honey owns one taste. Local honey is blueberry pollen from Newport, Va., or lavender dust from Virginia’s Nelson County.

In the last few years, scholars have taken up honey’s cause. It has become the subject of several books, first among them: The Honey Connoisseur: Tasting, and Pairing Honey, With a Guide to More Than 30 Varietals, by Kim Flottum and Marina Marchese, who has additionally founded the American Honey Tasting Society. The Honey and Pollination Center at the University of California, Davis created a Honey Flavor and Aroma Wheel to help honey tasters identify the complex flavors they’re experiencing in their honey tastings. The National Honey Board states there are more than 300 types of honey in the US. Their website offers recipes, facts and a varietal locator map.

In 2014, honey earned a place alongside the likes of beer, spirits, cheese, oils and pickles as its own category at the Good Food Awards competition in San Francisco.

But we in Virginia don’t have to rely on pages and charts to understand the unique flavors of local honey. We have Silver Hand Meadery in Williamsburg, Va., that conducts regular honey tastings, where honey samples take the stage in an effort to challenge, expand and educate palates. We have Blacksnake Meadery in Carroll County that hosts weekend mead tastings April through November. And in Richmond, Black Heath Meadery  organizes regular release events when a newly brewed mead hits the shelves. (Mead is a beverage made from fermented, diluted honey.)

So I encourage you this fall to try as many and as different varieties of honey (and mead) as you can get your hands on.

As you’re sampling and savoring, don’t forget to thank a beekeeper.