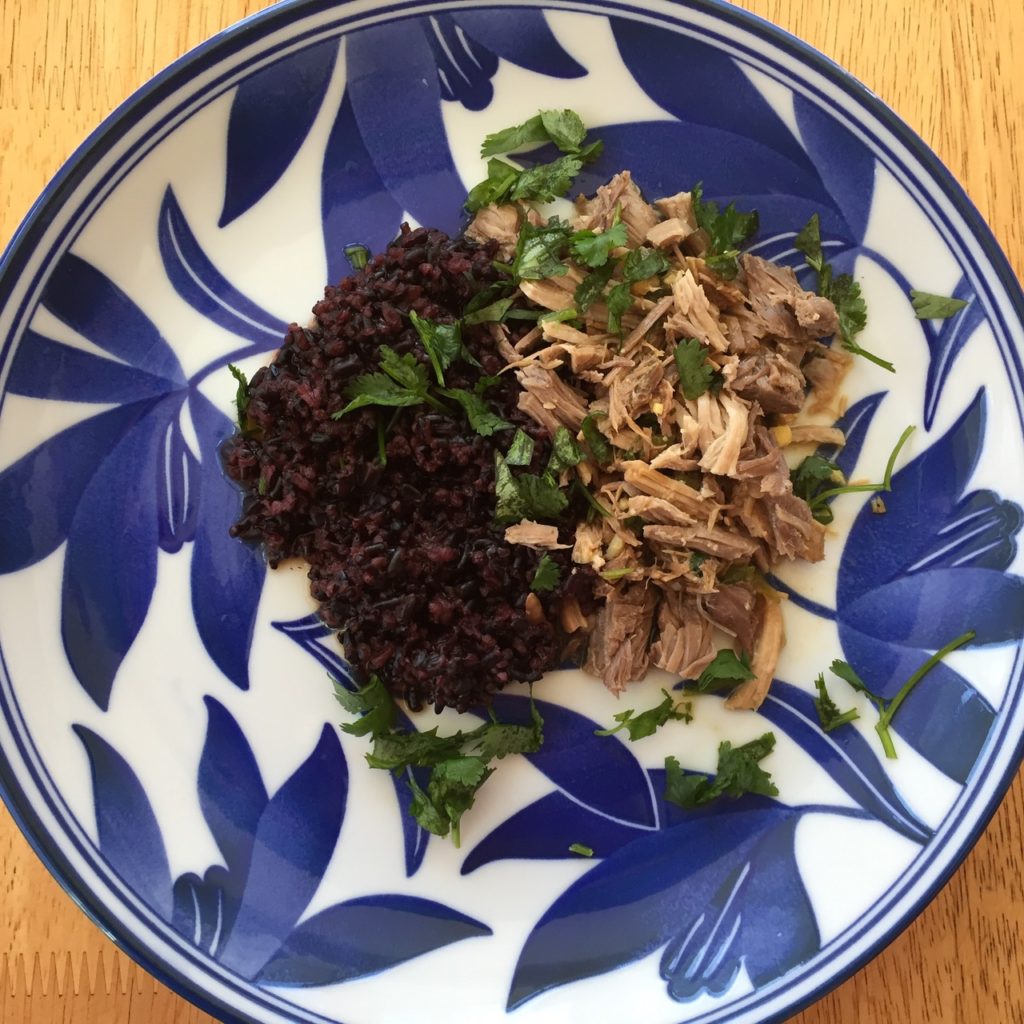 Most years, we buy a local half hog in the spring and another in the fall. We place the butchered, vacuum-packed cuts — thick, uncured bacon, flavorful sausage, tender pork chops — in our deep freeze and we plan our meals around this meat until it runs out. Which means we sometimes have to get a little creative. Pork loins do not appear in our order. But bigger cuts, like shoulders and butts, do. I love shredded pork barbecue as much as the next mom (who was raised in North Carolina BBQ country) but I also like variety. This recipe is one that’s been developing over the last several weeks. A version of the sauce first debuted on some ahi tuna in my kitchen, but I discovered I love it on the pork. Think of this as a twist on Korean pork tacos. It’s a little sweet, a little spicy, a lot citrusy and sooooo good. Here we go …

You can also find this post at Fiesta Friday #163.